Click on above tweet to read more about Sacco’s Twitter crisis from BuzzFeed: “This Is How A Woman’s Offensive Tweet Became The World’s Top Story – The anatomy of the Twitterstorm that cost media PR pro Justine Sacco her job.”

Here is another snap shot of the same tweet but only minutes later, can you see the difference!? 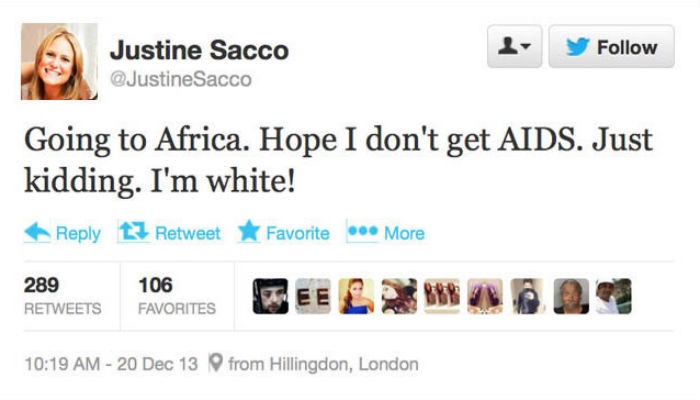