Home › Human Rights › Can we discriminate in fighting discrimination!?

I am dedicating this post to LGBT rights in Lebanon. It might resonate with human rights activism else where. 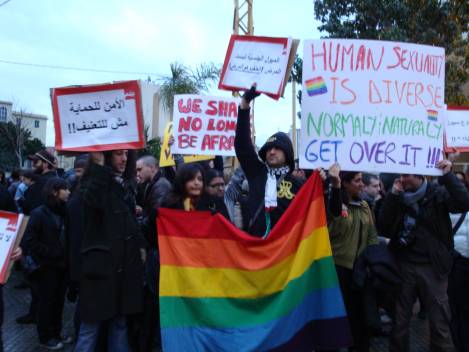 LGBT Protest in Sodeco square, Beirut - June 2009 against brutal use of violence by police

In the past decade, Beirut has got more international attention as the “Sin city” and “Provincetown” of the Middle East. More recently, Beirut appears to be gaining a world-wide reputation as a gay destination. This culminated with the announcement by IGLTA (International Gay and Lesbian Travel Association) of its 2010 Symposium being held in Beirut in Oct. 2010.

This drew a mixed reaction from the Lebanese LGBT community. Bekhsoos dedicated a whole issue criticizing and even mocking gay tourism in Beirut. Helem supported the event but the speech delivered did not shy from bluntly stating Helem’s skepticism about any benefit to the LGBT community from gay tourism. Raynbow Media Monitor’s report drew a variety of opposing reactions on the blog and on theLebanese LGBT Media Monitor. 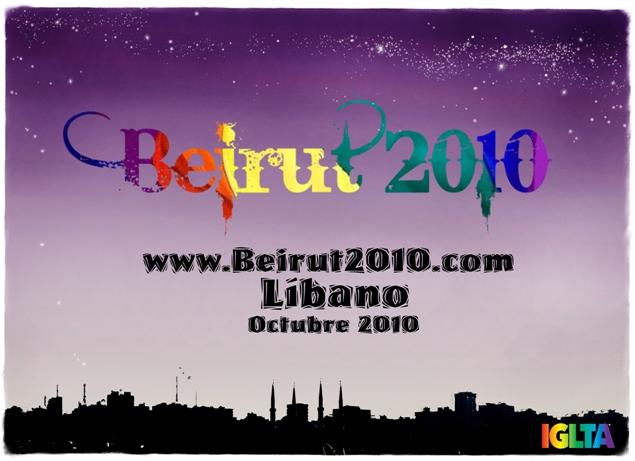 An Ad by Aishti, Beirut in 2004 targeting LGBT consumers.

Reading through all different arguments, here is my impression on the conflict: A majority is probably not even aware of the controversy surrounding gay tourism and gay-friendly businesses. The few LGBT activists were divided. Sophisticated intellectuals call it neoliberalism and Western imperialism, the meaning of which I had to look up in a dictionary. Your everyday leftist will argue: “Do not use my pocket to enrich yours”. Others believe that LGBT-friendly business and gay tourism promote the LGBT cause. I believe the issue is too complex to be summed up in a rigid black or white opinion.

This issue resurfaced few days ago when Helem’s administrator, Hiba Abbani, wrote an article for Al-Akbar titled “LGBT rights: Down with Sectarianism“. The article opens with comments about IGLTA’s 2010 symposium and continues to talk about pink dollars, consumerism and ends with calling on LGBT people “to fight the market and not surrender to it.” Abbani’s article intimidated few activists especially that it can be easily misinterpreted as the official position of Helem. (Read Did Helem miss!? “ما موقف جمعية حلم من موقف “جمعية حلم by Raynbow Media Monitor)

The LGBT community in Lebanon is very diverse. It has the poor and rich, the leftist and right winged, professionals and artists, activists, slacktivists and pacifists, the LGBT rights fanatics and the all-inclusive human rights advocates, etc…

As for LGBT-friendly venues, those have their list of prices available. By visiting, you are accepting their terms and the profit margin they chose. It is great If they donate, it is fine if they don’t. Helping the community should be applauded but not expected. Those venues are not more expensive than your mainstream homophobic business in Beirut. So which is more efficient, investing our time and effort in fighting LGBT-welcoming businesses or the plethora of homophobic places that have similar profit-driven tactics!?

I am all for social justice and for fighting classism, but let us not be hypocritical, if we are to start a campaign against inhumane practices by businesses let us not launch it only against LGBT-friendly ones.