Stop sexual aggression against womyn in The Congo

“Imagine just one woman, that she is first raped in public and then forced to sit on burning coal until her entire genitalia are destroyed. Her husband, children and family are forced to witness the torture. Her father is forced to participate in the rape. The family´s fields are then torched. Let us then imagine that during the following days 242 other women are raped, something that occurred as recently as August this year, and then consider that this aggression has been on-going for more than a decade.” 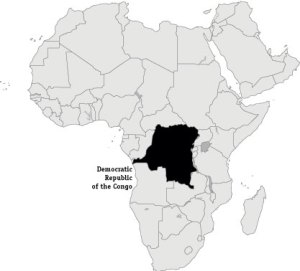 The international medical community has recently been mobilized to stand up for the rights of womyn in Democratic Republic of the Congo (DRC). Health care providers are appealling for peace and an end to sexual aggression there.

Rape is being used as a more powerful weapon than guns. In that region, rape can causes disolution of families and communities, immigration, life long illnesses, lower health status and increase in rate of suicide and furthur alienation of victims, trauma that can be as gravid and destructive as that caused by war.

I just signed the following Call for Action and I invite you to do the same. We must put an end to sexual aggression against womyn and girls in the Congo.

“We, as part of the global medical community, endorse Dr Mukwege and his colleagues´ following demands to the international community:

The following medical organizations also endorse this call for action:

If you are the health care provider, click here to endorse this appeal for peace and an end to the sexual aggression in the Congo.