Home › Human Rights › Anatomy of a Riddle! Will your answer be right-eous?

Anatomy of a Riddle! Will your answer be right-eous?

“A dad and his son had a car accident, the father died and the son was rushed to the hospital… The Doctor said: “I can NOT do the surgery, he is my son” Explain

This was a riddle I received by a broadcast BBM (BlackBerry Messenger) from my sister today.

Before you scroll down, take a minute to think about the right answer. Please consider leaving your first answer as a comment on this post. 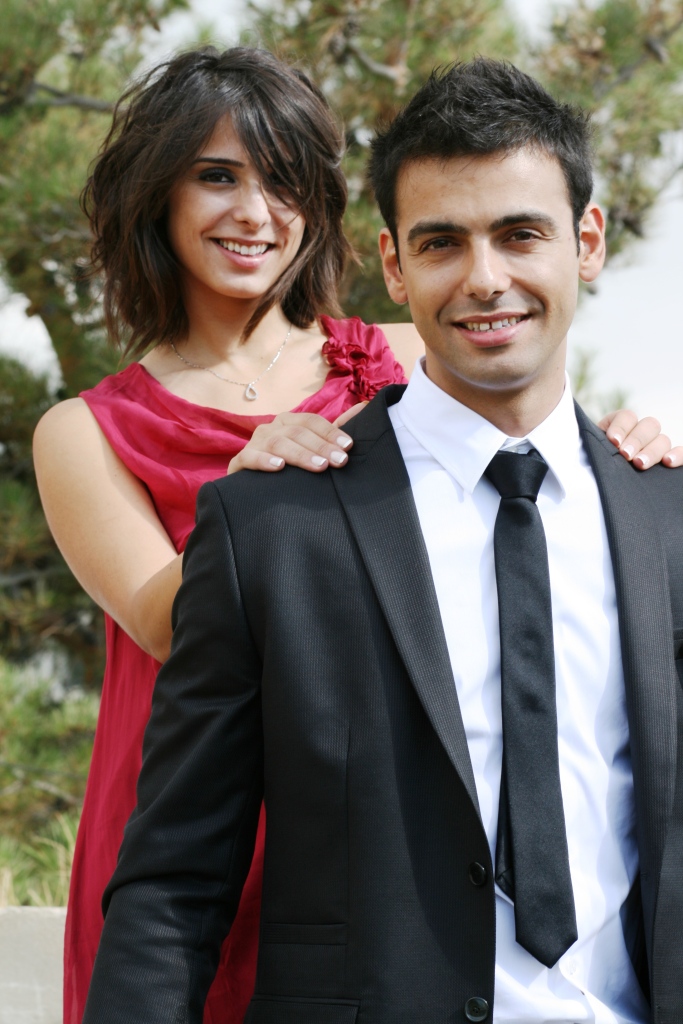 “The Doctor is his Mother” I replied.

“You truly are a feminist” my sister wrote back.

I read her line as I was recovering from a reality shock. I actually fell in the trap. I have to confess that it took me more than a minute to figure it out which, in my opinion, is appalling.

“I did not know the answer” she continued.

“Who else on your list knew it?” I asked

“I loved this riddle. It is such a feminist riddle. I did not guess it automatically, it took me some time, which is a shame. It reflects traces of brainwashing by an eastern Chauvinistic society in which we were raised.”

I am still not over the fact that I did not know the answer immediately. I realized how much work I still need to rid myself of prejudice I absorbed from a patriarchal society.

My sister felt even worst: “I hated myself when I knew the answer. كرهت حالي بس عرفت الجواب We all did, especially the girls. That is sad”

Yes, it is sad. It should be a wake up call for all of us. Lebanon is only “free”, “democratic” and “open-minded” when you compare it to neighboring countries, or other Arab-speaking countries. We should aspire to better quality freedom and social liberties than that of our neighbors.

No Lebanese man, woman or other should rest their case before womyn and those who identify as such have the full rights that men have. Womyn can not offer citizenship to their non-Lebanese husband or even to their kids from a non-Lebanese partner. Womyn can not report domestic violence to authorities as no protection is provided, on the contrary, they frequently end up back in the hands of their abuser same night. Womyn feel they need to hide their sexuality while men proudly flaunt it. Charges against a rapist will be dropped if he offers to marry his victim. Police get away with verbal sexual harassment of womyn on the street. I have witnessed few incidents in Beirut (#VisceralReaction). Many womyn are discouraged from pursuing further education because they are “ripe” for marriage. Those who do, will have strong competition from men, this is reflected in fewer womyn than men holding CEO or leader-position jobs. Womyn can be ostracized for delayed or no marriage. A unique term was even coined to further alienate these womyn: “عانس Aaniss”. It is amuzing that the term is rarely, if ever, used for unmarried men.

I have to say I have doubts people raised in a Western societies will get the answer more righteously! I witnessed patriarchy in USA and Canada in my past 5 years here, but on a different level. This will be left for a different post.

Back to our riddle, if you felt bad for missing the answer, I tell you what I told my sister: “Do not feel bad, you are so righteous in saying ‘I hated myself  when I knew the answer’, that by itself is strongly feminist.” 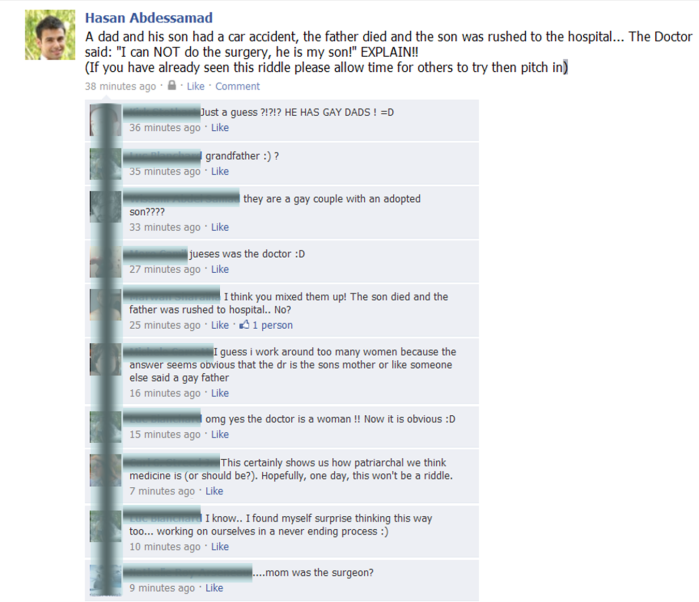 I posted this riddle as my status on Facebook. Here are few answers I received.