Home › Personal › The DABDA of my break-up

The DABDA of my break-up

Since grieving in bed all day long can get so boring, I decided to write. 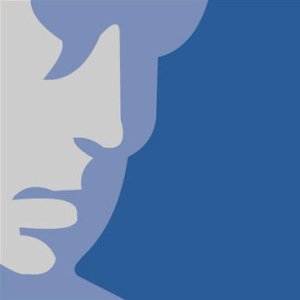 If you have not heard of DABDA, let me explain. It is the five stages a person goes through when grieving a loss: Denial – Anger – Bargaining – Depression – Acceptance. The stages are not exclusive. You can be in two or three stages at the same time. The duration of a stage can last from minutes to years.

From the moment I changed my status on Facebook from “In a relationship” to “Single”, my phone started ringing, BBM beeping, Twitter tweeting, and Facebook messages building up under my status and more so in my inbox.

I received a plethora of consoling responses and found it amusing to observe the diversity in advice and sentiments most of which were projected from ones own experiences.

Some honored my request and gave me my space. Others insisted on reaching me.

Some called once. Others called daily.

Some called to cry with me. Others called to make me laugh.

One called to cry with me but she ended up making me laugh. She asked me to read the Bible. She knew I am Druze. Druze have “The Book of Wisdom”, but The Bible works for her.

Some prayed for me. Others asked me to pray.

Some called to scold. Others chose to applause.

Some wrote pages. Others wrote a character or two.

Most sent sad faces. Few sent flowers, a box of chocolate and gifts.

I read from people with whom I have not been in contact for long. One friend had cancer, another had a divorce, and one had a baby girl. Where have I been?!

Few wanted to fly in. Many asked me to fly out. I had to decide between flying to Ottawa, New York, New Haven, Toronto, Boston, Cleveland, Beirut or even Ireland. Instead, I took a four-hour road trip to Prince Edward Island.

One BBM contact continued his regular routine of sending me hilarious jokes. I left him in the dark. I did not want to compromise my joke supplies in those gloomy days.

So many quotes in Arabic, French and English, even Armenian

So many virtual hugs, one was so descriptively tight to “crack every single rib”

So many “sending you positive vibes” and “sending love your way”

So many apologies: How is it your fought?

So many projections: Mine ending does not imply yours will tomorrow

Few asked me to look at the bright side of it. Really! What bright side?

I was still on the first A of my DABDA.